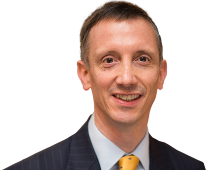 Martin is a real property law specialist with over 20 years’ advisory and advocacy experience. He is a judge with recent judicial experience and also acts as an independent expert.