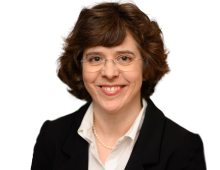 FCIArb and Invited member of ARBRIX

Janet Bignell KC advises and acts in matters spanning the range of real property and landlord and tenant law.  During her career she has acted in numerous arbitrations as arbitrator, independent expert, legal assessor and advocate (oral and written).  She also lectures and writes on the subject.  Janet is an Appointed Member of the Chartered Institute of Arbitrators’ Presidential Property Dispute Service and has been appointed by the President of the Law Society to act as an expert.  She is an invited member of ARBRIX.

Janet is authorised to sit as a Deputy High Court Judge in the Chancery and Queen’s Bench Divisions and has been a Recorder since 2009.  She is also a qualified ADR Group Accredited Civil & Commercial Mediator.