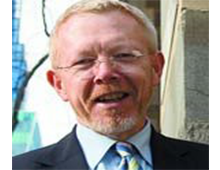 As an Independent Arbitrator and Mediator, Professor Croft has over 30 years experience in International and Australian arbitration and mediation as an Arbitrator, Mediator, Barrister, Senior Counsel, Supreme Court Judge and in policy advising in all aspects of international and domestic dispute resolution to governments and public and private organisations in Australia and elsewhere.

Professor Croft was appointed “Silk”, as one of the Senior Counsel for the State of Victoria (SC), in 2000. He was, in 2009, appointed a Judge of the Supreme Court of Victoria and for a decade, until his retirement in 2019, was the Judge in Charge of the Arbitration List in the Commercial Court of that Court.

Prior to his appointment to the Supreme Court Dr Croft practised extensively in property and commercial law and was an arbitrator and mediator in many property, construction and commercial disputes, domestically and internationally. He was then, and is now on his leaving the Court,

Professor Croft is the author, or co-author, of leading texts in the international arbitration, property, equity, leasing, securities and commercial law fields and of numerous articles and conference papers on commercial arbitration (domestic and international) and property and commercial law subjects. He holds the degrees of B Ec, LLB and LLM from Monash University, Melbourne, and PhD from the University of Cambridge. Dr Croft was an Adjunct Professor of Law, Deakin University, Melbourne.

In the 2019 Australia Day Honours Justice Croft (as he was then) was appointed a Member of the Order of Australia (AM) “For significant service to the law, and to the judiciary, particularly through commercial arbitration”.

For further details, please see the attached CV and also the Summary of Professor Croft’s Arbitration and related cases heard as a Supreme Court Judge.